The jewellery boxes are all quite different, the design being largely dictated by offcuts with beautiful figure or knots, saved from furniture making. The woods are yew, wych elm, oak, cherry, ash, apple. They are approximately 10″x 8″x 5″, and cost around £180, occasionally a large or complex box will be more 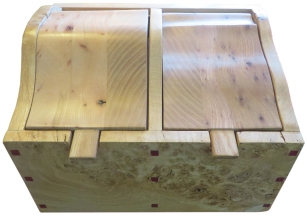 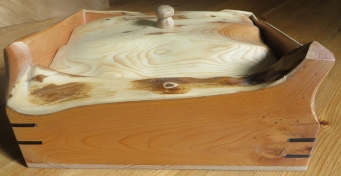 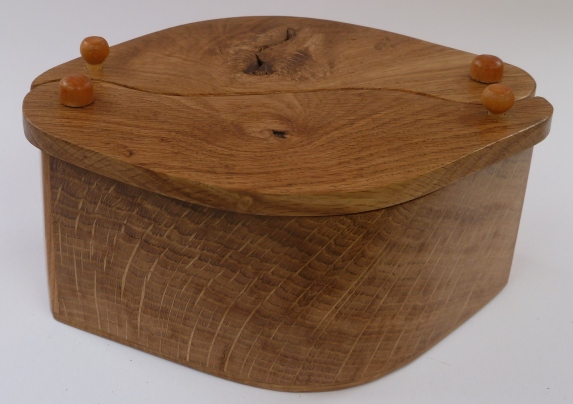 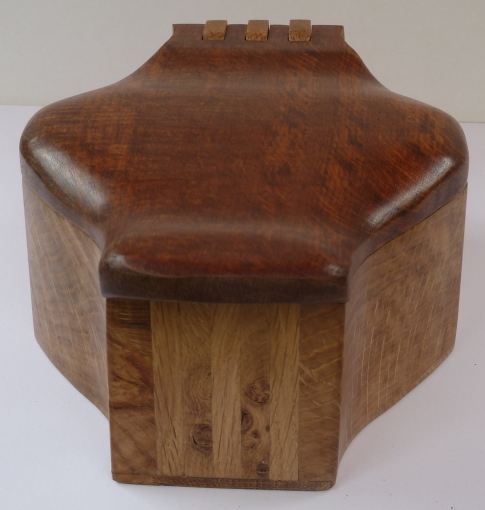 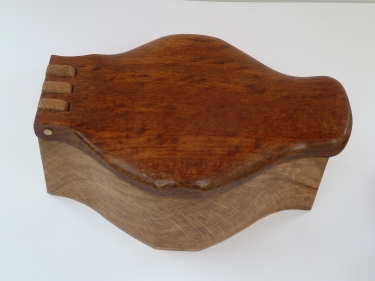 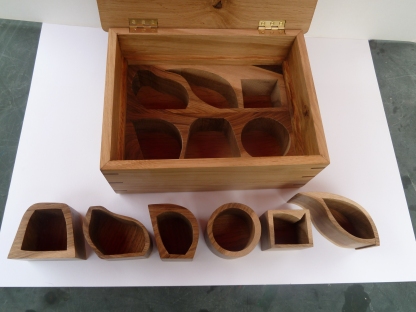 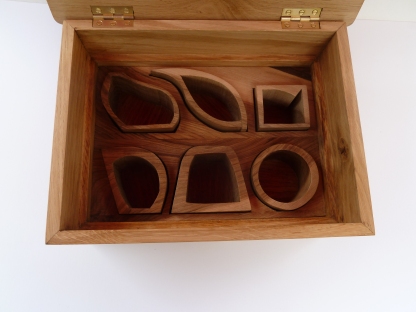 Box in oak, with yew lid insert. The corner ‘keys’ are ebony 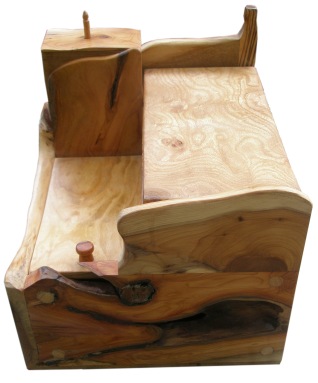